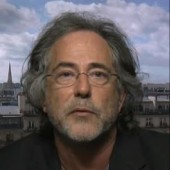 Lucio Panicucci is a part-time car enthusiast, social butterfly and full-time Ouzo drinker. He also has the distinction of running Arctis.net which channels his very expensive hobby of collecting Alfa Romeo cars.

We have come a long way since the invention of the wheel.  It seems we’re nearly on the verge of self-driving cars becoming reality.

We are entering the world of the Jetsons.

Yet even the current generation of cars can do so much that the original founders of the car would have a difficult time accepting how much the car industry has evolved if they were given a peek into the moderns world of cars from the afterlife.

END_OF_DOCUMENT_TOKEN_TO_BE_REPLACED

Sports car aren’t cheap.  Many of them, as you’re probably well aware, can cost more than a modest sized house.

While the cost of high end vehicles know no bounds, you can find some good deals on peppy speedsters that won’t break the bank.

END_OF_DOCUMENT_TOKEN_TO_BE_REPLACED

Known as the most seductive and unique car makers, Alfa Romeo belongs to the class of its own. Although this brand isn’t the current market competitor, the reputation came from the cars it created in the past.

It all began in 1910 when Alfa Romeo started building some extraordinary sports cars that people started falling for them. With over hundred years of experience in building cars, Alfa Romeo produced some unforgettable models that topped our chart.

END_OF_DOCUMENT_TOKEN_TO_BE_REPLACED

Once the domain of a few big-name luxury names companies, the luxury car industry has now become a crowded marketplace, all vying for the heart, eyes, and wallets of high end customers.   Although this might make things tough for car manufacturers, this is a great thing consumers!

Now, in our honest opinion, Alfa Romeo dealerships do a pretty good job of catering to higher-end tastes, there’s always room for improvement!

Below is a good dealership industry article we had uncovered on the ways in which dealerships like Alfa Romeo can improve their experience to set themselves apart from their competition.

END_OF_DOCUMENT_TOKEN_TO_BE_REPLACED

Well, if you are a teenager and not really into sports cars, you might not have heard of Alfa Romeo.

Other than that, there is hardly anyone who hasn’t heard of the brand. It is one of the most prestigious car manufacturing company. It is always one step ahead in producing beautifully designed and craftily engineered sports cars.

The price of the Alfa Romeo beauties is often high for an average buyer but when you talk about value for money, everything begins to make sense.

END_OF_DOCUMENT_TOKEN_TO_BE_REPLACED

Owning a sports car is a dream of many. This dream remains a dream for many but some lucky ones out there get to fulfill their dream and own a sports car. If you have a sports car, you must be special. Keep in mind that your car is almost as special as you are and requires care.

We have seen people literally spoiling their sports car. We understand that you have the money but your vehicle needs your attention not exactly your money. In this article, we will talk about ways you can probably kill your sports car…

END_OF_DOCUMENT_TOKEN_TO_BE_REPLACED

Alfa Romeo is all about pure driving pleasure. No matter which model it is, all Alfa Romeo cars are built on 3 basic rules – Great Design, Great Power & Great Sound. Every car from this company reminds you of Italy and their famous car craziness. Alfas can very well attend to your speed requirements but there is one thing that has always been a concern for fans – The lack of new models, designs and alterations!

This however is about to change in 2018.

After more than almost 20 years, the Alfa Romeo has something exciting for the US fans. A series of models actually designed for the masses and not just for the rich old folks looking to add another car in their collection.

END_OF_DOCUMENT_TOKEN_TO_BE_REPLACED

It’s not quite what you would expect from an Alfa Romeo nor what you expect from an SUV, yet it someone manages to be better than both of those things. The Alfa Romeo Stelvio is a luxury crossover SUV manufactured by Alfa Romeo. It has been receiving a lot of praise and high reviews as of late, and for good reason. It’s stylish, safe, and very practical. Perhaps the first time this manufacturer has received this much praise since it released the Matta back in the 1950’s.

END_OF_DOCUMENT_TOKEN_TO_BE_REPLACED

Designed in Italy during the dawn of the space-age, Alfa Romeo’s first racing prototype in a decade was quickly dubbed the “Disco Volante” (Italian for Flying Saucer) in response to it’s thoroughly contoured, aerodynamic design.

It immediately  divided racing professional and enthusiast into two camps:  one that considered the vehicle to be a complete and utter waste of time, energy, and money; and the other that thought the design was pure genius.

As it turns out, both were right…

END_OF_DOCUMENT_TOKEN_TO_BE_REPLACED

Alfa Romeo has always impressed in the mini car arena. This company, founded way back in the 1900’s, has had an impressive run over the century it has been in existence. It has produced cars for the masses that have defined generations. The Mito in particular is a supermini series that has been on the market since 2008. This car is definitely among the best in its cadre in terms of style, efficiency, and bare looks.

There are key things that every car enthusiast looks at when ranking a particular model, for the Alfa Romeo Mito, they have to include the looks since this car is particularly made for its aesthetics. We will look at the overview of this car in terms of features including where it impresses as well as highlight any places it might have fallen short of expectations.