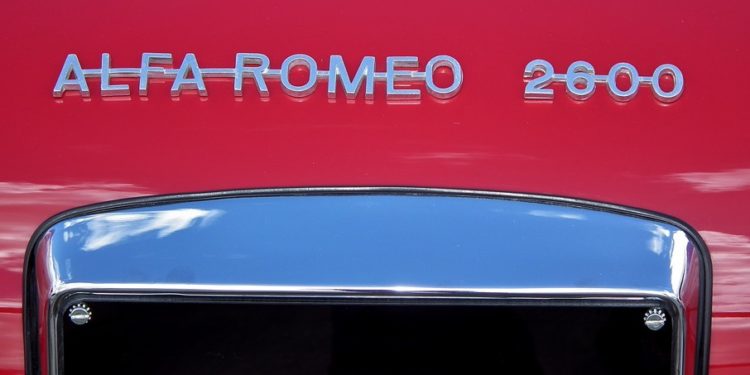 Making its stunning debut in Milan Italy on June 24, 1910 – the very beginning of the automotive age – the Alfa Romeo is, and has been, a vehicle designed for luxury style and high end performance.  A favorite among car enthusiasts throughout the decades, we thought it only fitting to dedicate our love for the hard work and passion that this company in a site made for and run by Alfa Romeo lovers.

We think it’s especially fitting given the bevy of new and exciting lineup of vehicles hitting the road including the newer 4C Spider and Giulia models.  In our first article of our new site we wanted to touch upon the history of this storied pioneering car company.

The Alfa Romeo’s history starts with its debut in 1910 with a 24 hp vehicle that was an instant hit not only for its luxury style and aesthetic looks but also because mechanically it performed so well, especially in comparison to other cars around it. This was not only a vehicle for getting around, but it was popular among many early racers, as well.

The 15-20 hp model would follow shortly after and in 1913 the 40-60 hp model really made waves in the racing world as it became one of the top hill climbing models around, and would reach impressive speeds of up to 147 km/h (91 mph, approximately). Needless to say, this caught plenty of early attention for this car.

The 1920s were rough throughout a lot of Europe, and the main auto companies in Italy often struggled with a failing currency. During these turbulent years there was only one major model put out by Alfa Romeo, but the RL model employed an incredible sleek and unique design that was once again the talk of auto enthusiasts both in and out of the racing circuits.

Not many people think of automobiles when someone brings up Europe in these two decades, but even throughout the wars and strife, the history of the Alfa Romeo continued as new designs were put together and new models rolled out of the factory. There were the 8C 2300 B models that were actually designed by parent company Ferrari at that point in time, and the 8C 2900 B follow up to it became the standard for a car as a sign of both luxury and power.

Other cars gave way to trucks, heavy vehicles, and airplane engines as World War II cast its great historic shadow over the continent and the larger world at large.

In the post war era the 6C Villa d’Este was one of the first vehicles produced after the factory spent several years producing basic household items to help the community rebuild. This was a surprisingly exceptional vehicle, and indicated that future models would not suffer in quality. The 1950s and 1960s would provide an economic boom and more and more Italians would buy cars, resulting in many fantastic designs including the popular Giulia TZ2.

While some of the recent decades weren’t as kind, many more models of the Alfa Romeo continued to be produced, even in limited editions in the late 1990s, but with the recent news that Fiat planned to roll out a new Alfa Romeo model, the future looks bright for this car once again.

The Alfa Romeo car company is a scion in the annals of the European Car Market, one that is only going to continue to grow as parent-company Fiat has made the commitment to bring back the Alfa Romeo legacy to its previous glory. No doubt there are many car enthusiasts like us who have been waiting for this day and they can take joy in the fact that it is finally here.